There is a direct connection between the eyes and the brain.

When doctors examine the retina and optic nerve they are looking directly at brain cells.

The retina consists of certain plant pigments that are good indicators of visual health.

Two of those pigments are carotenoids called lutein and zeaxanthin.

Improvements in brain function occur even if these carotenoid supplements are started relatively late in life.

This is exciting news since diminished cerebral circulation is a contributor to neurodegeneration. 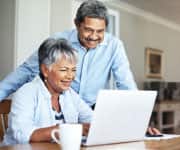 Carotenoids are yellow-to-orange-colored pigments found in many vegetables. They were originally isolated in carrots, hence their name.

Consuming high amounts of certain carotenoids correlates with protection against macular degeneration (an eye condition that can lead to blindness), cancer, cardiovascular diseases, and neurodegenerative disorders.3

Two carotenoids in particular, lutein and zeaxanthin, are highly concentrated in the human retina. But the more we learn about these nutrients, the more we understand that they are just as important for brain health as they are for the eyes.3 That makes sense because the retina is structurally an extension of the brain itself.

In addition, lutein and zeaxanthin belong to a subgroup of carotenoids called xanthophylls, which have recently been identified as the dominant carotenoids in all major brain areas.3,4

Based on these findings, researchers at the University of Georgia carried out the first-ever randomized, controlled trial to test whether supplementation with lutein and zeaxanthin might be beneficial for cognitive function in older people.2

For the study, a group of older adults (averaging 72 years old) took either a placebo or a pill containing lutein (10 mg) plus zeaxanthin (2 mg) every day for one year.2

This technique gave researchers the unique opportunity to watch areas of the brain “light up” during the cognitive tasks in a way that highlighted blood flow to each brain region—a measure that indicates how hard the brain is working on the task at hand.5,6

The study had two important findings.

The first was that subjects supplementing with lutein and zeaxanthin maintained their baseline cognitive performance over the year of the study, while the placebo group showed a statistical tendency to decline during the same period.2 This indicated a favorable cognitive impact of the xanthophyll supplement.

The second finding helps explain why the nutrients had a protective impact on cognition. It showed that supplemented patients experienced significant increases in brain blood flow in areas of the brain vital to cognition and memory. No such activation was seen in those regions in the placebo group.2

These findings showed that lutein and zeaxanthin supplements can:

a) Produce a “brain maintenance effect” by shielding against the impact of aging on cognitive performance.

b) Enhance brain blood flow in the specific areas that support that cognitive function.

Supplementing with lutein and zeaxanthin was effective when started at a relatively advanced age (72), with effects that were evident within a year. That’s encouraging news for older adults who are in the greatest need for brain function protection.

Several studies published in 2017—one year before the findings just discussed—add support to the connection between xanthophylls and brain function.

For example, one study showed the density of lutein and zeaxanthin in the macula of the retina was positively associated with academic performance in school-age children, further establishing that there is a relationship between what happens in the eye and what happens in the brain.7

And we learned that higher lutein and zeaxanthin blood levels—and higher density of these carotenoids in the retina—are associated with improved integrity of the brain’s white matter tracts.

White matter tracts are long “cables” that provide network connections between brain regions that are known to deteriorate with age.9 This type of protection is critical because when white matter deteriorates, it can impact one’s ability to move, use sensory faculties, and react to external stimuli.

Finally, a study published online in 2017 showed that supplementation with lutein and zeaxanthin has a powerful effect on the brain, significantly reducing psychological stress and cortisol levels (a blood marker of stress), while contributing to overall improvements in emotional and physical health.10 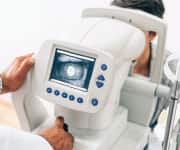 Lutein and zeaxanthin offer protective benefits for the eyes and the brain. Researchers are still investigating why this is the case, but they believe it has to do with their unique biological structure.

Xanthophylls are able to immerse themselves in the fatty brain cell membranes, crossing between the cell’s exterior and interior environments.3 This stabilizes cell structures and protects against oxidative stress from inside and outside the cell.

What’s particularly intriguing is that the brain seems to automatically concentrate xanthophylls in the most vulnerable regions of brain cell membranes, where the vital polyunsaturated fatty acids reside. Once there, lutein/zeaxanthin provide neurologically important fats that resist oxidative and physical stresses.3 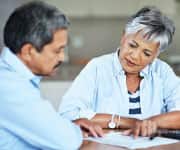 Lutein and zeaxanthin are widely acclaimed for their vision-protecting effects in the macular region of the retina. They have also been shown to support cognitive function and enhance brain blood flow in older adults.

These findings extend previous work that shows a strong correlation between high levels of lutein and zeaxanthin in the eye, improved cognitive function, and protection of brain white matter.

Their unique biological structure permits xanthophylls to bridge brain cell membranes and protect against oxidative stress generated from inside and outside of the cell.

Lutein and zeaxanthin’s effects on cognitive function and brain blood flow are evident even when started late in life, which means that the window of opportunity for brain protection is still open, even for older adults.